That First Summer (or so) 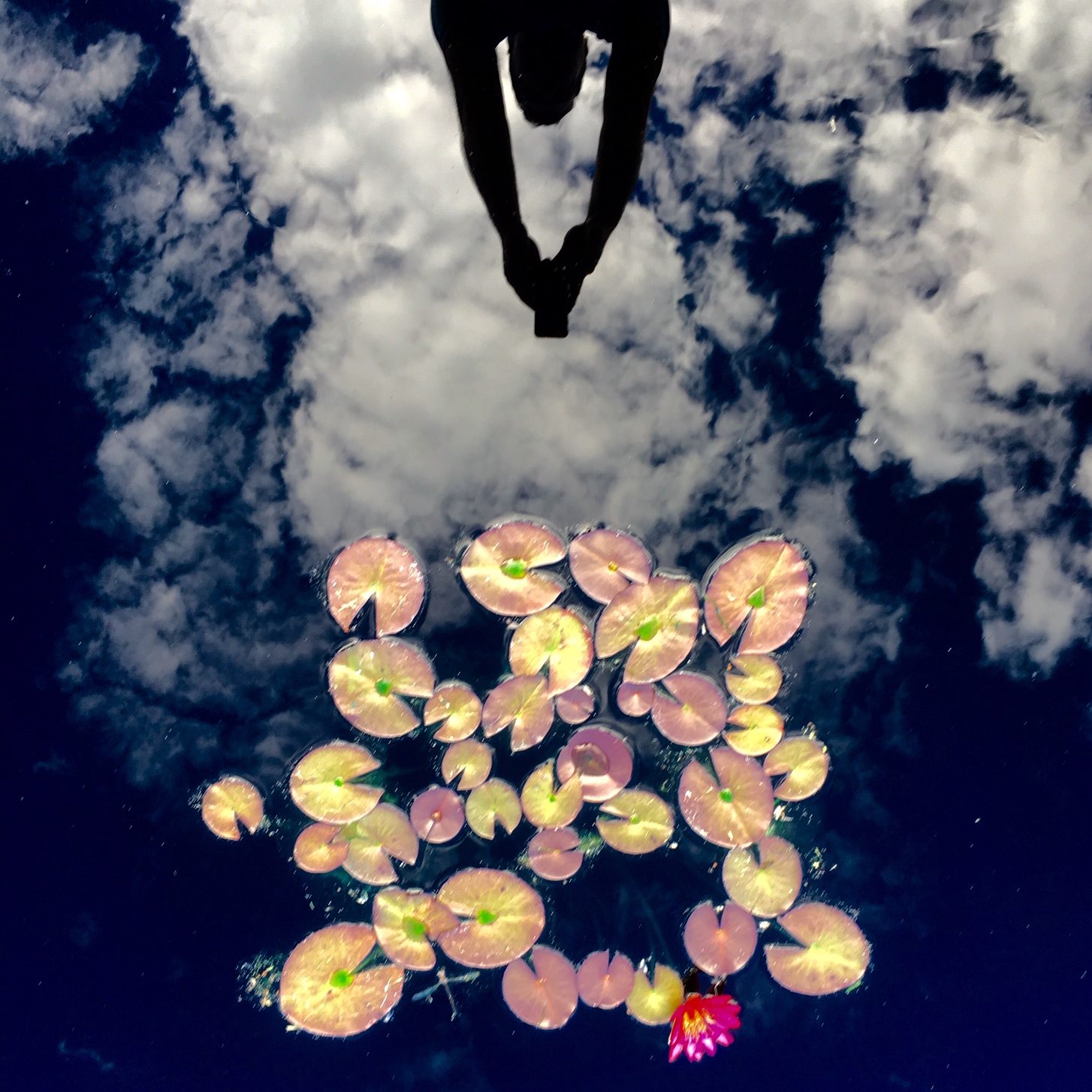 April 8, 2020 In Garden By robertdiamante

That First Summer (or so)

Misunderstanding your backyard topography is the second biggest sin you can commit when creating a landscape. The first is not having a plan.

I was drowning unaware.

During the first summer in my new house there were sporadic bursts of life throughout the yard. Large thick leaves sprouted everywhere I later learned was Burdock. Then came Milk Thistle and Multiflora. Both volunteered just about everywhere. Pink and periwinkle Forget-Me-Nots pushed up through the cracks in an old walkway that ran along the back of the house, while Bamboo from an adjacent property invaded the Western edges of my yard. Of course, there was the insistent Ajuga and Creeping Jenny, which I mowed back every weekend. But it was all still a mystery, and I couldn’t have guessed at what was beneficial over what had to go.

My focus was anchored on completing my porch. What a treat it would be to have a place to relax all day, to watch the rising sun stretch around the side of the house, the shadow of the roof’s peak creep along the backyard like a sundial. I could watch The Big Tree come alive all day. Then, armed with a cocktail and a book, watch the sun set through the trees.

I imagined what I wanted the yard to be, observed what it was all on its own, then plotted how I could nudge it towards my own intention. Really, I had no intention, no clear goals. Maybe I wanted vegetables. Mostly I wanted privacy. Anything practical about putting roots to proper soil did not figure into my fantasy.

Dead trees are hazardous, that much I did know, and the three in my yard were threatening to faint onto my neighbor’s house at any time. Then I discovered The Big Tree had a cracked limb that groaned painfully with the slightest wind. A long black trail of sap slid along the crusty trunk like a bitter tear. I called around and found an arborist who gave me a strong recommendation: take them all down. Not just the dead trees, but all the Norway Maples, including The Big Tree. Weeds, he explained.

Weeds, indeed. As tall as the masts on a sailboat and as big around as a sailor.

Before tree work began, I decided to untangle the mound of detritus beneath the stand of Norway Maples at the back of my lot. A pile of branches and boughs collected in the middle of the yard. I discovered enough bricks to make a small fire ring. Most everything else uncovered during the excavation indicated that the neighborhood had been using the back of my yard as a dump: bicycle parts, stumps, glass windows, plastic bottles, whiffle balls, and baby doll heads.

Thinking about the arborist’s recommendation, I agreed that the yard would be brighter without any of the trees. But who wants bright? To have such a yard with nothing in it felt wrong. How exposed! Reluctantly, I allowed some of the trees to be cut down, but The Big Tree was another matter. For one, it was easily among the oldest trees on my street. Seniority accounted for something. Second, it housed life. Cutting it down would be paramount to destroying a much-loved tenement displacing every occupant. While I wouldn’t be sad to see the squirrels pack up, there were too many birds that lived within the canopy and pecked along the trunk.

The third sin of garden design is not listening to the experts.

By the end of that summer all the dead trees had been taken out. But I had The Big Tree trimmed instead of removed. Nor did I take his advice about cutting down the stand of Norway Maples. There were over a dozen crowded within a length of 65 feet, their trunks crisscrossing to create what I saw as a wonderful graphic element at the end of my yard. I was convinced I could do something with that. I was warned that I would regret it.

Landscaping by aesthetics alone is not a wise choice. It ultimately cost me more in time, money, and heartache.